In 2009 NTP officials gave an update to Congress at the 2009 Cell Phone radiation hearings, stating, "little is known about potential health effects of long term exposure".

Cellphone Radiation Can Cause Cancer – Video (1:01)
A new study is calling out the skeptics of cancer by way of cellphones. Researcher Igor Yakymenko has discovered a correlation between the disease and mobile phone usage after conducting a meta-study, which looked at how radiofrequency from devices can damage one's DNA. That damage can add up over time and cause a variety of health problems, like cancer, headaches, fatigue and even skin problems.

American Brain Tumor Association – Statistics
Brain tumors are the most common cancer among those age 0-19 (leukemia is the second). The second leading cause of cancer-related deaths in children (males and females) under age 20 (leukemia is the first). 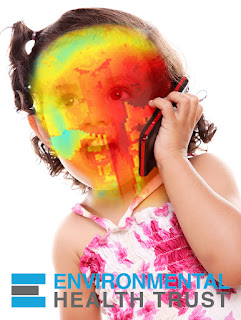 Posted by Parents for Safe Schools at 09:31