C4ST Letter to the editor of the Vancouver Sun re: HESA Report

I would like to call your attention to the falsehoods, errors and omissions published in the above article. Segments of your coverage were correct in reporting that Canada’s Parliamentary Standing Committee on Health (HESA) has carefully examined the science showing cell phones, Wi-Fi and other wireless devices are potentially harmful. Critical apects of your coverage are blatantly wrong.

You prominently quoted an expert who dismissed the panel of elected officials in Ottawa who have determined there is a need for caution from our wireless devices, by flippantly stating “I can assure you they do no harm.”

What you neglected to tell your readers is that this “expert” is not a doctor or a health specialist of any kind. Natalia Nikolova is in fact a professional engineer who has carried out work funded by Research in Motion (manufacturers of Blackberry) since 2007. The McMaster University website lists RIM at the top of her sponsor list.

You could have told your readers of her conflict of interest, but instead you misled them that she is an expert on human health, which she is not.

Given the gravity of this error it is ironic that RIM actually disagrees with her statement that cell phones and WiFi “do no harm”.

In Blackberry’s phone packaging there is a published warning that states: “Use hands-free operation when available and keep the device at least 25 mm from your body (including the abdomen of pregnant women and the lower abdomen of teenagers) when the Blackberry is turned on and connected to the wireless network.”

If all cell phones are harmless like Ms. Nikolova claimed in your story, then why does the company who funds her work advise pregnant women and teenagers to keep a safe distance while in use? The reason is that they are dangerous, Blackberry knows it, and the statement in your story is false. Yet you printed it as truth from an authority. This is very dangerous to your readers, particularly pregnant women, and requires an immediate and forthright clarification.

I understand that errors occur and normally I would not be so concerned but the health of many of your readers may be compromised by such reckless industry spin being disguised as professional reporting.

It is further perplexing that the Vancouver Sun published a basically fair and balanced story on Thursday June 18 the day after the Health Report was tabled in Parliament during which reporter Tiffany Crawford stated that BC Medical Officer of Health Perry Kendall has previously addressed the concern of Wi-fi in schools by suggesting “limiting Wi-Fi to certain times or locations, turning it off when not in use, and to disconnect Wi-Fi in rooms that don’t have computers.”

Less than 24 hours later your website revised the story and quoted the same Doctor Kendall stating the opposite with: “I think most of the scientists who look at this wouldn’t agree there is a compelling rationale for it.”

How can one story state he suggested caution against wireless radiation, and the revised story state that he is dismissing the Parliamentary Report? This flip-flop went unnoticed and unchallenged by your editors. It strikes me that such a flip flop in itself would normally constitute “news”.

The reason Canada’s Parliamentary Health Committee included among its 12 recommendations that our doctors be taught about the potential harm of wireless devices is exactly because of this type of confusion.

The Health Committee dedicated three hearings and heard testimony from leading scientists and medical doctors from Canada and around the world. They included experts from the Ottawa Hospital Research Institute, Trent University, Women’s College Hospital in Toronto, the Universities of Toronto and Helsinki, as well as Columbia and Harvard Universities. All of these experts presented peer reviewed and published scientific evidence to the Committee showing harm from wireless devices below Health Canada’s current safety standards, or demonstrated how the process Health Canada uses to evaluate the evidence does not meet international standards.

Canada’s Members of Parliament on the Health Committee, like the parliaments of France and Belgium and the European Union, have been extremely careful to study the science of this emerging public health crisis, weed out the “experts” who actually work for wireless companies, heed the warnings published by phone manufacturers, and let their citizens know that the cell phone in their pocket might make them infertile, give them cancer, or like Blackberry warns: harm a fetus before it is born.

Canada’s Health Committee exhaustively studied this issue. The investigation was introduced by Dr. Hedy Fry, the Liberal MP from Vancouver Centre who is also a physician. The scientific evidence was so convincing that the Report was unanimously supported by all Parties on the Committee in a rare non partisan decision.

Your story did not mention this phenomenon. It quoted none of the Members of Parliament who examined the evidence, and none of the scientists who provided it. It appears that instead you sought out a wireless industry microwave researcher, who contradicted her research sponsor’s health warnings, and gave your readers a dangerously false impression about the safety of their wireless devices. Such disservice to your readership is extraordinary.

C4ST is a national organization concerned with correcting the outdated microwave thresholds of Canada’s Safety Code 6 and bringing them into the 21st Century. We appreciate that you paid attention to this story, but in future we expect a more professional approach to the facts.

We believe it is your responsibility to review the testimony that the Parliamentary Committee heard, investigate all the evidence that is available and provide a truly balanced representation of the facts.

Posted by Parents for Safe Schools at 21:17 No comments:

Is Wi-Fi making your child ill?
As France bans Wi-Fi in nursery and primary schools, a British expert who has given up using wireless gadgets says we should do the same. Excellent article featuring Radiation Research Trust trustee, Dr Erica Mallery-Blythe.

International Scientists Warn Against The EM Radiation Emitted By Electronic Gadgets
In the appeal, the scientists asked the UN to increase the strength of its advisories on the health risk of EMF on humans. In addition, a request has been made to assess and identify the potential risk of the non-ionizing radiation on the wildlife and other living organisms.

Symptoms of Wifi in schools
Frank Clegg, C4ST talking about the symptoms children experience from the radiation exposure from WiFi installed in the schools.

Australian Researcher: Phone Radiation is a Hotline to Brain Cancer
Dr. John Tickell is attempting to raise awareness and is calling for more funding for brain cancer research, as it has become the number one most deadly cancer for young people in Australia.  According to the Australian government, there are 35 new cases of the cancer discovered each week with four out of five cases being fatal in the first five years.

Wireless Warning: Re-chargin the debate over cell phones
CTV reports on the need for warning labels on cellphones, which was passed in Berkeley, California this week. In Canada, MP Terrace Young is asking for support to pass Bill C-648 which would require manufacturers to put safety warnings and disclaimers on the outside of packaging so parents can make an informed choice before they make a purchase for their children.

Is Wi-Fi Making you Sick?
The WiFi Alliance refused to comment: The Wi-Fi Alliance owns and controls the "Wi-Fi Certified" logo, a registered trademark. They are making billions of dollars off this unregulated technology that has never been tested for safety. 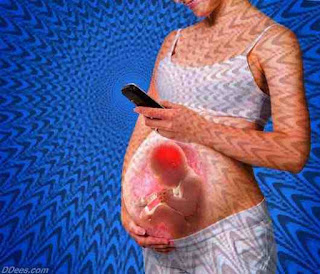 Posted by Parents for Safe Schools at 19:45 No comments: