Apple AirPods are the worst Christmas Present you can give someone, especially children!

Have you read the safety manual for the Apple AirPod?

To reduce exposure to RF energy, use the supplied headphones or other similar accessories. Carry iPod at least 5mm away from your body to ensure exposure levels remain at or below the as-tested levels.

Question:  How are you going to insert these AirPods in your ear if they have to be held 5mm away from your body? 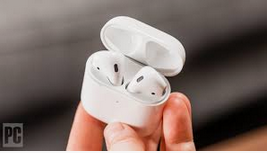 
Posted by Parents for Safe Schools at 07:07 No comments:

Why is ISED not doing anything about cell phones that are in violation of Safety Code 6 guidelines for radiation exposure?

Parents, teachers and students want to know why the ISED has failed to do its due diligence by allowing thousands of innocent children to press these cell phones against their heads, hold them against their reproductive organs and other vital organs, and store them in their pockets when we know these cell phones are in violation of the Safety Code 6 guidelines?

Is it not the duty of the ISED to protect the public by enforcing theses guidelines and take immediate action to recall these cell phones? If not, who is responsible?

Just in: A test by Penumbra Brands to measure how much wireless radiation an iPhone 11 Pro gives off found that the phone emits more than twice the amount allowable by the Federal Communications Commission (FCC).

... the Tribune and Penumbra both used off-the-shelf phones, the FCC largely tested phones supplied by the manufacturers, including Apple.


Parents, teachers and students want to know why the ISED is not educating thousands of innocent children on the safe use of cell phones and allowing them to press these cell phones against their heads, holding them against their reproductive organs and other vital organs, and storing them in their pockets when we know these devices are emitting 4 - 11 times over the current Safety Code 6 guidelines?

We are waiting for a response.

Brian Ahier, Director Radiation Protection Bureau, in response to our letter said, “There are no standards applicable to cell phones or other wireless communication devices under the Radiation Emitting Devices Regulations. In Canada, the regulation of cell phones and other wireless communication devices is the responsibility of Innovation, Science and Economic Development Canada (ISED), under the Radiocommunication Act. To ensure that public exposures fall within acceptable guidelines, ISED has developed regulatory standards that require compliance with the human exposure limits outlined in Safety Code 6.  ISED conducts regular audits to help ensure that devices on the market and antenna installations are compliant.

We want to know why the ISED has failed to do its due diligence by allowing cell phones to be brought onto the market without any independent, practical/realistic-use safety testing?

We want to know why the manufacturers of cell phones are allowed to self report and only have to submit a sample of a one new phone, sent directly from the factory, to comply with exposure standards that has been set by the industry?

We want to know why the federally mandated warnings and safety disclaimers are not made available to the public on the outside of the packaging at the point of sale and on the Health Canada website?

We want to know why the ISED is not educating thousands of innocent children on the safe use of cell phones and allowing them to press these cell phones against their heads, holding them against their reproductive organs and other vital organs, and storing them in their pockets when we know these devices are emitting 4 - 11 times over the current Safety Code 6 guidelines?

The Chicago Tribune recently did an independent investigation into the cell phone scandal (Phonegate) and confirmed the findings that iphone 7 and other smart phones exceeded the Safety Code 6 guidelines for radiation exposure (SAR at 1.6 W/kg at 5mm).  Apple and Samsung are knowingly selling products that exceed allowable radiation limits and have failed to warn its consumers regarding radiation risks and the need to keep the phone at a safe distance away from the body.

“The Chicago investigation confirms what the French National Agency has warned about for some time now that 90% of all the major cellphones tested (more than 450) emitted significantly higher levels of radiation exceeding the safety compliance standards, up to 5 times the current guidelines when phones are tested as they are used in real life. The current guidelines for the manufacturers is based on the 1990’s when people wore their standard flip phone on their hip in a holster about 1 “ away from your body.

In a recent study by Professor Om Gandhi, Department of Electrical and Computer Engineering, The University of Utah, Salt Lake City, he examined data from 450 cell phones and also confirmed that the phone can exceed the guidelines and emitted up to 11 times over the US FCC limit when used under realistic conditions.

France has asked the European Commission to strengthen the regulations and guidelines for new mobile phones placed on the market. As recommended by ANSES, the Government has requested that the certification tests be carried out in regards to the contact with the device, and not at 5 mm as is currently the case, so that they are more representative of the real exposure of users.  France also asked for an information campaign to encourage changes in ways of use, especially among children.

The Italian court ordered the government (Ministries of the Environment and Education) to launch a campaign to advise the public of the health risks from mobile and cordless phones.  https://microwavenews.com/short-takes-archive/italian-decision-precaution

We want to know why your department is protecting the profits of a billion-dollar industry by allowing the sale of products on the market that exceed the federal guidelines, Safety Code 6 and not the health and well being of our children?

Looking forward to your respond to our concerning questions.

Posted by Parents for Safe Schools at 19:32 No comments: