The Los Angeles Public School District (LAUSD) has officially accommodated a teacher who is sensitive to WiFi. This is the first accommodation that I've seen, and LAUSD is the second largest public school district in the US. From the attached letter:

"The Committee reconvened September 9, 2014. After reviewing and taking into consideration all of the documentation you submitted as part of your request, the information you presented during the meeting, and reviewing alternate accommodations, the Committee approved your request to have the Wi-Fi turned off in your classroom during the 2014-2015 school year. As an alternate accommodation, the Committee also approved a reassignment to a different school site where Wi-Fi has yet to be installed."

This is incredibly important. Demanding access to "wireless-free" zones is, by my way of thinking, one of the most important ways to fight the proliferation of wireless and, at the same time, educate an unsuspecting public.

In the US, the Common Core educational agenda (promoted, in part, by Bill Gates), has been accepted by almost all 50 states, and mandates computerized testing. The presumption within the schools is that this testing must be simultaneously taken by students using their wireless tablets. The language within Common Core does not specifically state that wireless must be used in all cases, but it does focus on the latest advancements in technology -- and so the presumption that all students must use and be tested on wireless tablets continues to grow.

Therefore I see this as one of the most important statements in the attached letter: "You also told the Committee the Common Core can be utilized on any PC and an iPad is not necessary."

This letter should be used around the world to support equal access in our increasingly wireless environments including schools, libraries, doctors' offices, hospitals, day care, fire stations and all county and state buildings. I believe the language in New York's accommodation laws might take the enclosed ruling and apply it absolutely.
Susan Foster 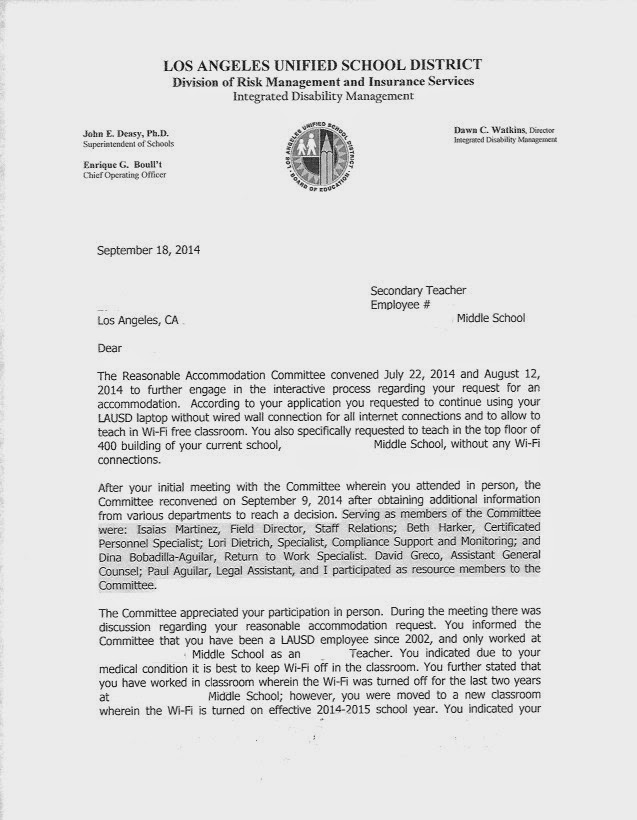 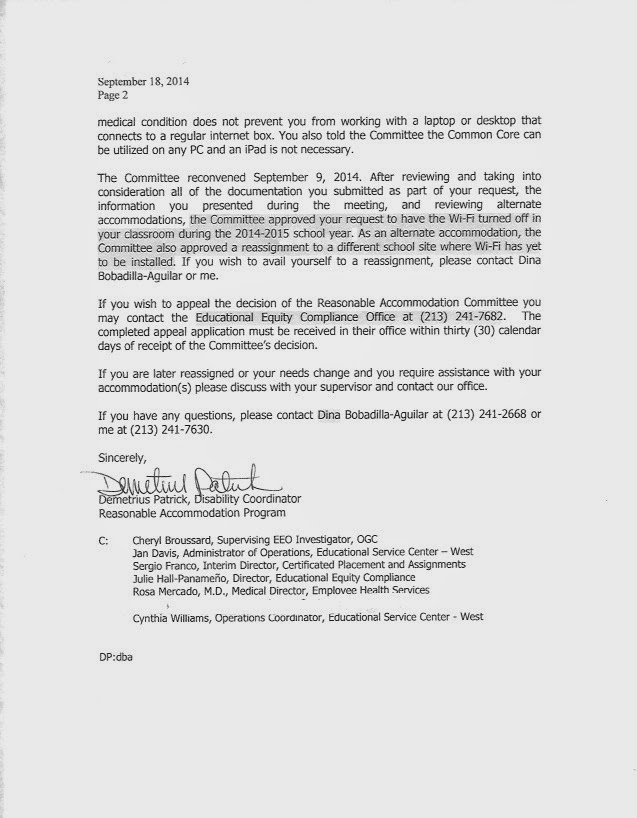 Posted by Parents for Safe Schools at 02:43