The BC Minister of Education,  Rob Fleming has a moral and legal obligation, after being notified that cell phones exceed the safety limits up to 5 times the guidelines, to “act in good faith,” by taking measures to mitigate the risk of harm to our children while under his care in the classrooms.

[Press Release] Revelation of the Chicago Tribune on the tests of the most popular cell phones in the United States.
As for the three Samsung phones, SAR levels soared with a Galaxy S8 measurement more than 5 times the regulatory limit (8.22 W/kg), measurement taken at a distance of 2 mm from the skin.  For the Motorola e5 Play, the SAR is just as high, exceeding the regulatory limit by four times.

This is SAR, Specific Absorption Rate, testing and is the only test that cell phone manufacturers use to test for safety.  It was never designed for use by children. 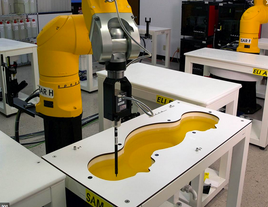 How much radiation comes from our phones? (1:36 mins)
Cell phones emit radiation levels above the FCC’s guidelines

Ontario to ban cellphones in classrooms next school year
Some schools already have similar policies, but the province will issue a directive to all public schools for the 2019-20 school year, government sources told The Canadian Press. How to enforce the ban would be up to individual boards and schools.

San Mateo High School goes phone-free, largest public school in the country to do it (2:03 mins)
The Yondr pouches have been used at concerts and shows, but San Mateo High School is the largest public school in the country to use it for students. Each classroom has an unlocking device. Students put their phones into their pouch in the morning and a teacher unlocks it, at the end of the day.

One of Australia's most prestigious schools BANS students from using mobile phones, laptops and smart watches - and the kids are LOVING it
Mobile phones are not prohibited on school grounds, but are required to be switched off throughout class time, lunch, and recess or will face confiscation.
https://www.dailymail.co.uk/news/article-7346267/Kings-School-North-Parramatta-bans-mobile-phones-class.html?fbclid=IwAR2cOXTONmd91ruBA8_T4M7WGNDowP2xlUwZhfsFvgcryHkdbNHa8pcdSHg

Posted by Parents for Safe Schools at 04:04 No comments:

This is a template of a letter to sent to Councils and Mayors asking for resolutions similar to that passed by Pitt Meadows' Council. Please complete with the information pertinent to your Mayor and Council.  Email addresses can be obtained from the city's website.
[http://www.civicinfo.bc.ca/people]

This summer the City Council of Pitt Meadows passed this landmark resolution:

Would you consider doing the same?  If you follow Pitt Meadows lead you may want to share the following concerns:

"________ City Council has substantial concerns regarding: the health implications of cell tower placements in our community; the lack of awareness around potential health risks associated with cell towers; the lack of communication from the federal government on the current scientific evidence pertaining to the biological effects of wireless technology; and the need to strengthen our significantly out-dated Safety Code 6.

We are also extremely concerned about the lack of public consultation required by ISED when antennas are placed on existing structures in our communities and we are concerned about the untested emerging 5G technology this infrastructure facilitates. We support fiber optic networks connected directly to the premises as a faster, safer alternative to wireless 5G."

“The City strongly emphasizes the need for local control and flexibility to manage its own assets.... municipalities are concerned with issues of urban design, community aesthetics, safety, affordability and fair return on municipal investments. However, these concerns are often overridden by federal decisions, which favor market interests. “

4. Here is a copy of a letter your Pitt Meadow cohorts have sent regarding their concerns.   http://www.stopsmartmetersbc.com/wp-content/uploads/2019/07/Letter-to-MP-Dan-Ruimy-from-Mayor-Bill-Dingwall-re-Radiocommunications-Tower-at-19675-Meadow-Gardens-Way-Pitt-Meadows-BC-July-25-2018-sb-2019.pdf

Thanks so much for considering this matter and all you do on our behalf,