A new Canadian study reports that 558 lifetime hours of cell phone use doubles the chance of gliomas, a deadly brain cancer.

Governments have allowed this technology to pervade our lives saying it did not have proof it could harm us. We now have evidence from the latest Canadian Interphone study data that found a statistically significant doubling of risk for glioma among cell phone users with only 558 lifetime hours of use.

How long will it take a teenager to amass 558 hours of cell phone use? 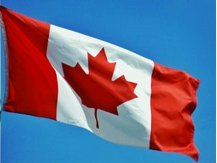 Cellphone Ban at Victoria Middle School pushes the wrong buttons
It is a first for the Greater Victoria School District. In a letter to parents, principal Topher Macintosh said despite efforts to control their use, “the detrimental impact of cellphones on our school is clear and overwhelming.” “Many students have tremendous difficulty managing their use of cellphones, and because of this, teachers are finding phones a serious impediment to instruction and learning.” But efforts will be made to satisfy the concerns of parents who oppose the ban, Macintosh said.

Dear Mr. Macintosh,
It takes leadership to challenge what is popular and address the growing problem of cell phone addiction in our schools.  It’s clear the constant use of cell phones is interfering with our children’s ability to interact and develop healthy relationships in the real world.  This addiction is robbing our children of the opportunity to build life skills that include critical thinking, communication, cooperation, and the ability to focus.


Besides the negative impact this addiction has on learning, parents, teachers and students are unaware of the known health risks from the unregulated exposure to RF radiation emitting from these wireless devices.   Your decision to ban the use of Cell Phones during school hours will make a huge impact on the reduction of radiation exposure our children are experiencing in our classrooms.

Soon other schools will follow your lead to provide a safe and healthy environment for our children to learn in.

Questions over whether wi-fi is safe for our kids
“Most people trust official advice and do not question it but in Scotland the public and our decision-makers have not been accurately informed about the possible harmful effects of wireless signals.“Children have the right to a safe environment and I think this means adapting technology in schools to wired-only connections and restricting mobile devices.”

SIMPLE SOLUTIONS FOR HARD-WIRING A CLASSROOM and WIRELESS DEVICES to SIGNIFICANTLY REDUCE RADIOFREQUENCY RADIATION HAZARDS
More and more schools are implementing a 'No cell phone' policy during school hours due to distractions that negatively impact learning. However, much of this problem could be resolved with the removal of WiFi and the return to hard-wired Internet which is faster, cheaper, more reliable and more secure than wireless networks.
Unlike WiFi, hard-wired Internet gives teachers more control as to when the Internet is accessed in the classroom and allows oversight to ensure the content is appropriate for learning. Hard wired Internet allows oversight that benefits our children while also significantly reducing their daily exposure to RFR. Peer reviewed science overwhelmingly suggests cumulative Radio Frequency Radiation is a health risk, particularly for developing children. Hard-wired Internet reduces RFR exposure making it the safest, healthiest choice for our children.

Posted by Parents for Safe Schools at 07:51 No comments: Links to this post

Ever wonder why people are so addicted to their wireless devices?

60 Minutes viewers object to the idea of "brain hacking"

Sunday’s segment on how tech insiders say programmers get you to check your phone constantly had some viewers powering down
Harris, while employed as a Google product manager, authored a 144-page presentation three years ago that said the distractions of apps are “weakening our relationships to each other” and “destroying our kids’ ability to focus.”

http://www.cbsnews.com/news/60-minutes-viewers-object-to-the-idea-of-brain-hacking/
Posted by Parents for Safe Schools at 07:49 No comments: Links to this post

When contacted by Prevent Cancer Now, Edmonton neuro-oncologistDr. Jacob Easawconfirmed, "younger patients with brain tumours are presenting more frequently to my clinics. One possible explanation is the use of cell phones. Younger patients may especially be at risk because of thinner skulls and developing/maturing brains.”

Landmark Italian Court Ruling Recognizes Causal Link Between Cellphone Use and Brain Tumor
The Italian Court of Ivrea is the first Court in the world to recognize a causal link between cellphone use and brain tumors in an April 11, 2017 ruling which awarded a Telecom employee, Roberto Romeo, lifetime damages of 500 euros a month after he developed a brain tumor from fifteen years of cell phone use.

ECERI, which is THE EUROPEAN CANCER AND ENVIRONMENT RESEARCH INSTITUTE
In March 2017, an international delegation of ECERI scientists who are experts on the subject of health effects from non-thermal levels of EMF (wireless radiation) met with the WHO . They were Tarmo Koppel (EE), Dominique Belpomme (F), Ernesto Burgio (I), Christine Campagnac (F), David Carpenter (US), Lennart Hardell (SE), and Igor Belyaev (SKA). This newsletter covered the meeting and includes several recent scientific publications by ECERI scientists.

The International EMF Scientist Appeal calls upon the United Nations, the WHO, UNEP and the UN Member States to:
Address the emerging public health crisis related to cell phones, wireless devices, wireless utility meters and wireless infrastructure in neighborhoods; and

Urge that the United Nations Environmental Programme (UNEP) initiate an assessment of alternatives to current exposure standards and practices that could substantially lower human exposures to non-ionizing radiation.

The Doctor Who Stood Up to Monsanto & Declared Agent Orange Carcinogenic Warns Us on Wireless
Dr. Lennart Hardell did research on Agent Orange in the 1970's and determined it to be carcinogenic and toxic. His research was discounted by officials who were later found to be on the payroll of Monsanto. This excerpt is from a long video of a conference of Next Up ress Conference 5th Paris Appeal Congress :A Focus on ElectroHyperSensitivity (EHS) and Multiple Chemical Sensitivity (MCS)

by Martin L. Pall, Professor Emeritus of Biochemistry and Basic Medical Sciences.  I have listed 11 different health effects of such non-thermal exposures, seven of which have been found to be produced by Wi-Fi exposure. When one looks at these health impacts it is clear that non-thermal EMF exposures attack: our health; our brain function; the integrity of our genomes; and our ability to produce healthy offspring.5. Neither Wi-Fi apparatuses nor other devices putting out such EMFs are ever tested biologically for safety not even one of them, not even once, before they are put out to irradiate the unsuspecting public. Such biological safety testing is the only way to say anything about their biological impacts.

All assurances of safety that you will see in industry propaganda are based on a theory (of only thermal effects) and that theory has been shown to be false and should have discarded, in my opinion, over 40 years ago.

SUMMARY: 19 studies have each shown health effects of Wi-Fi, most of which have also been shown to occur in response to low intensity exposures to other types of microwave frequency EMFs. These are likely to have massive health effects by producing male infertility (female infertility has not been studied in response to Wi-Fi), oxidative stress (involved in dozens of human diseases), cellular DNA damage (possibly leading to both cancer and mutations in future generations), life threatening cardiac effects, cellular apoptosis and also intracellular calcium overload (with both of these possibly leading to neurodegenerative diseases), various neuropsychiatric changes and many hormonal changes. The high level sensitivity of stem cells to such EMFs may put children, particularly young children at special risk of Wi-Fi exposure. It follows that placing Wi-Fi in schools may well be especially damaging.

"I have been asked to comment on the health and safety of Wi-Fi. I am happy to do so. Because this is a long document, I want to first outline what is in this document so you can see how it all fits together:

1.     FCC and other safety guidelines are based on the assumption that microwave frequency electromagnetic fields (EMFs) can only produce thermal (heating) effects. In other words they claim that there cannot be any nonthermal effect on our bodies.
2.     However there have been many thousands of studies in the scientific literature, published from the 1950’s to the present, with each of these showing the existence of one of more non-thermal EMF effects.
3.     There is a consensus among independent scientist, as shown by the 2015 Appeal to the United Nations signed by 220 independent research active scientist experts in this area, that there are non-thermal health effects produced by these EMFs and that the current safety guidelines are inadequate because they do not take these non-thermal effects into consideration.
4.     I have listed 11 different health effects of such non-thermal exposures, seven of which have been found to be produced by Wi-Fi exposure. When one looks at these health impacts it is clear that non-thermal EMF exposures attack: our health; our brain function; the integrity of our genomes; and our ability to produce healthy offspring.
5.     Neither Wi-Fi apparatuses nor other devices putting out such EMFs are ever tested biologically for safety – not even one of them, not even once, before they are put out to irradiate the unsuspecting public. Such biological safety testing is the only way to say anything about their biological impacts.
6.     I have found what appears to be the main mechanism of action by which low intensity EMFs produce these non-thermal effects. This mechanism which is described below, is that these EMFs activate what are called voltage-gated calcium channels. Most if not all of these effects produced (see #4 above) can be understood as being caused by the excessive calcium levels in the cell produced though this activation
7.     In Table 1, I present 19 studies of health-related impacts of Wi-Fi exposure, each of which have found one or more health related impacts of Wi-Fi. 7 of these health effects have been replicated more than once in these Wi-Fi studies; these 7 have also been found to occur repeatedly following other low-intensity EMF exposures and should, therefore be considered established effect of Wi Fi. Industry propaganda claims that Wi-Fi has no health effects should be rejected out of hand.
8.     There are some supposed Wi-Fi studies that have been claimed by industry to have found no effects. These studies are each tiny studies that have no statistical power to make any such a claim and they are also studies where the effects of simulated Wi-Fi were studied not real Wi-Fi.
9.     There are four different types of studies, each of which provide evidence for cumulative effects of non-thermal EMF exposures. While none of these looked at Wi-Fi, they suggest that it is likely that biological impact of Wi-Fi will get much worse over time and therefore the short term studies described in #7 may only describe a small part of the long term effects.
10.  Wi-Fi and other microwave frequency EMFs may be particularly active in producing biological damage in young people. It follows from this that placing Wi-Fi in schools may be particularly problematic..."

Posted by Parents for Safe Schools at 07:46 No comments: Links to this post